Because I fitted my work desk with led lighting, my usb lcd and winamp remote control had to be removed. So it is time to make a new version of these 2 projects. I’m also going to ad a 2 channel led dimmer and a fan control.

I already posted a preview from 1 of the buttons of the winamp remote control:

The pcb of the usb-lcd is going to be replaced by a new version. This new version has connections for the buttons and 2 bicolor leds and the led in the big button.

The design from te new usb-lcd version (USB2LCD+) can be found here: Link 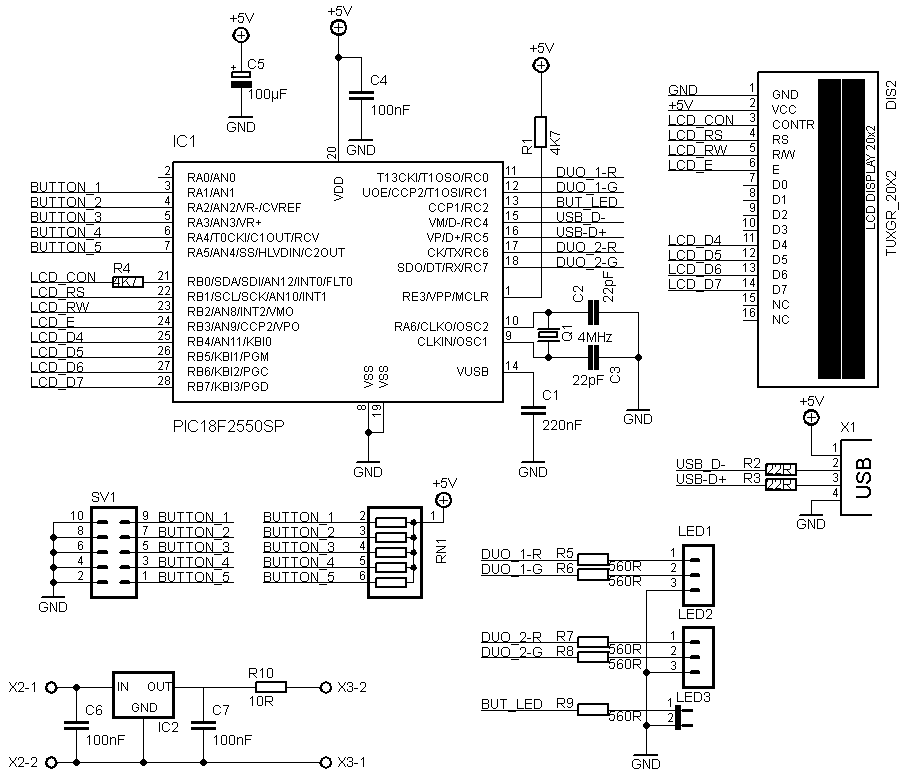 I did not use the design from that site because I wanted to mount the pcb directly to the back of the lcd. On the pcb there is also space for a voltage regulator to power the backlight from 12V.

The contrast of the lcd is controlled by the pic in this circuit. This didn’t seem to work after testing. Therefore I added a potmeter and connected that to the contrast pin. 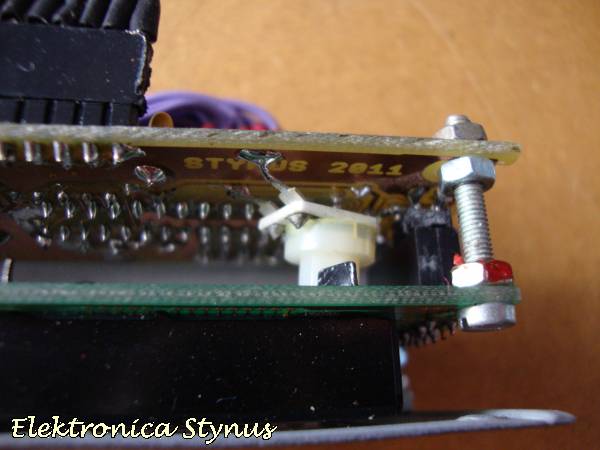 The dimmer is build with a pic microcontroller. The potmeters are switched as a voltage divider and connected to the analogue inputs. The fan and leds are controlled by pwm from the output of the pic. 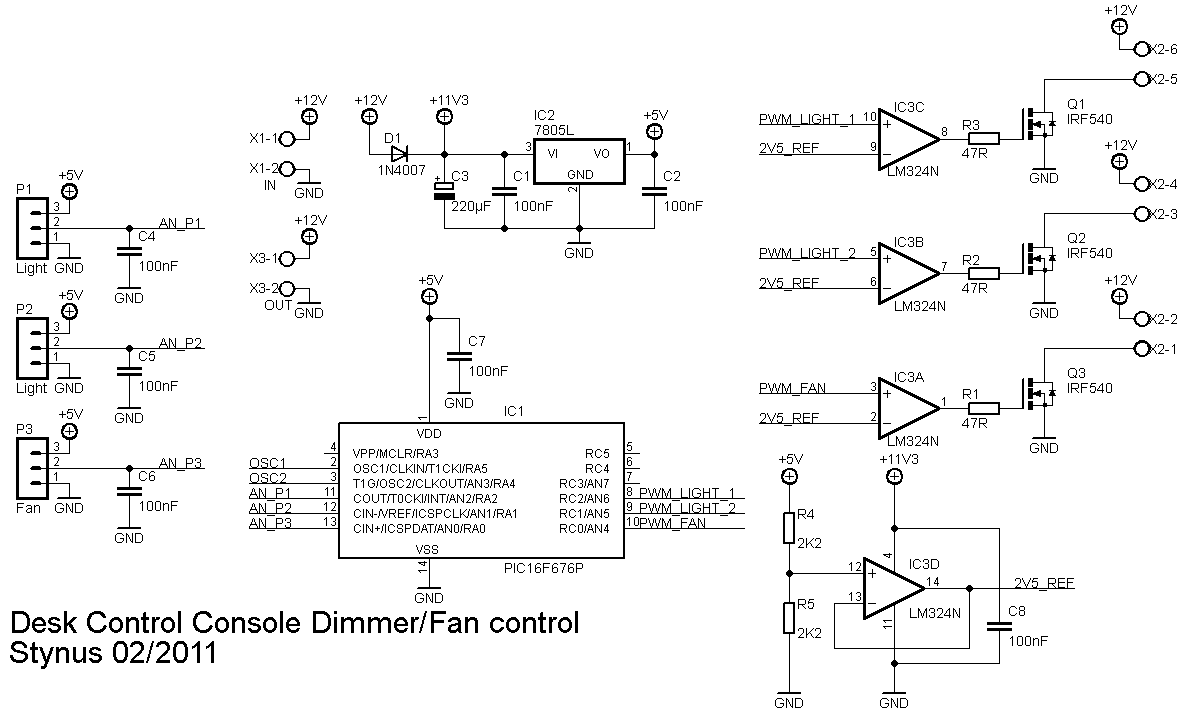 The enclosure is build from 2 pieces of plate steel from an old cd-rom player. I soldered these together and reinforced them with a piece of L bracket aluminum. After the drilling and sawing I applied putty to the front and spray painted it.

Assembled with buttons and lcd: 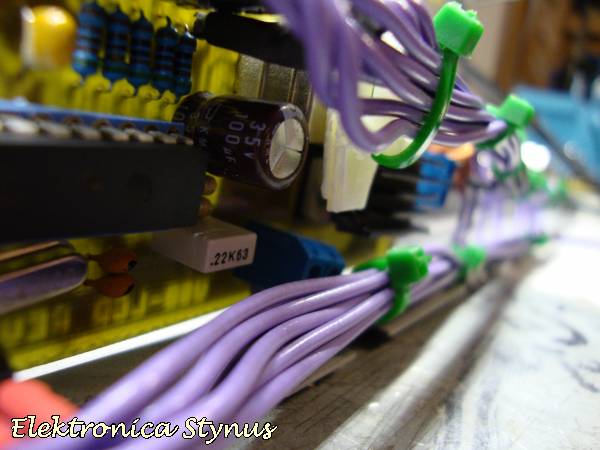 The pcb for the dimmer is not made yet.

Today I finished the dimmer pcb. Now it I need to write the software for the pic. 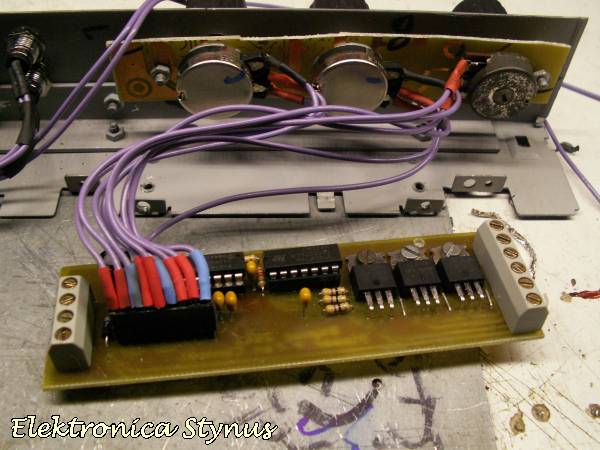 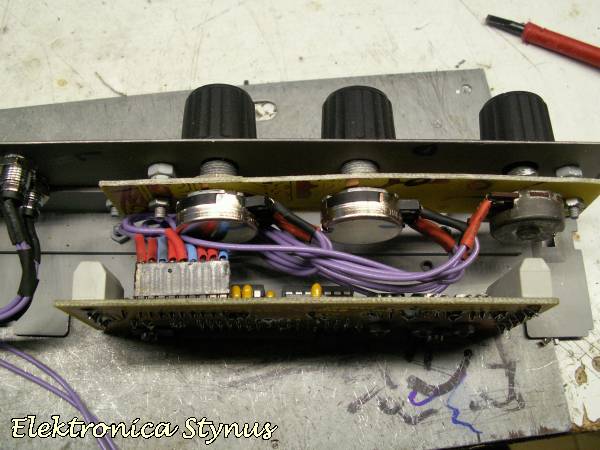 Today I finished the code of the dimmer and connected it all to the led lights and the solder fume extractor.

A video of the dimmer working: 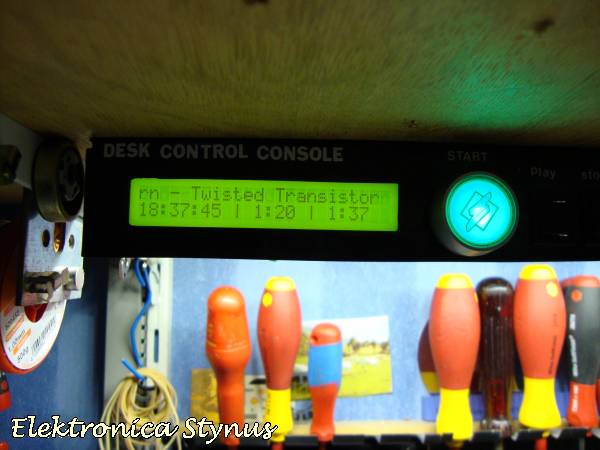 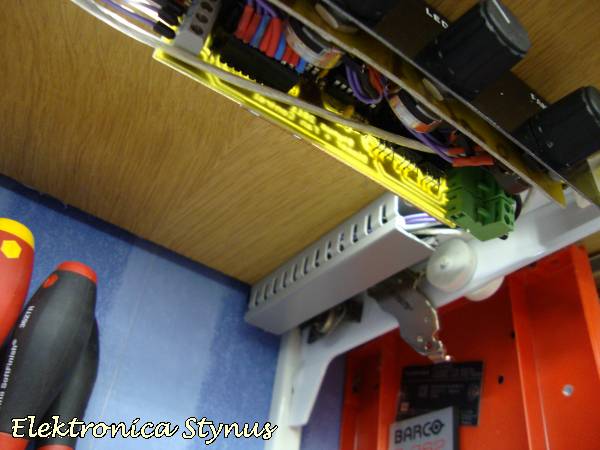