I needed to cut a lot of wire to specific lengths. At first I did this manually with a different colour wire as a reference, but after a few wires it gets annoying/boring quite fast. So, time to automatise it. Off-course there are machine’s that can be bought to do this, but they are rather expensive, therefore I decided to try and make one myself.

The first version I build did not work very good unfortunately. It was made on top of an old power supply enclosure and made with thin wood. This made it all a bit too flimsy. 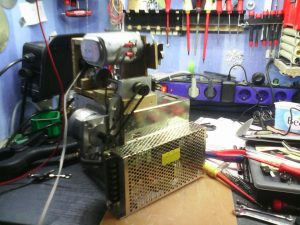 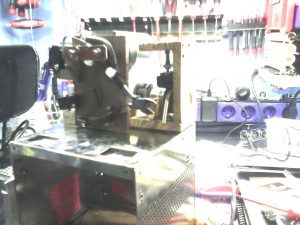 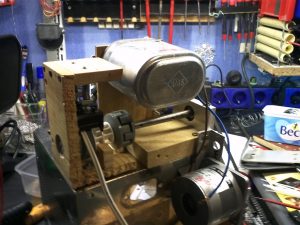 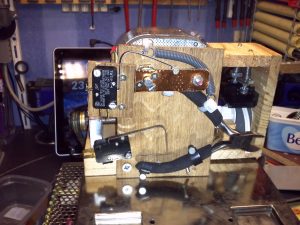 For a test version I made a video:

After this attempt I bought a 3D printer (not specificity for this project), and made a second version with 3d printed parts mounted on a thick base plate.

To measure the cable length and feed the wire at the same time I made an assembly based around a stepper motor. The wire is fed between 2 rubber rolls. One is scrapped from an old VHS recorder and the other one from an old HP printer. 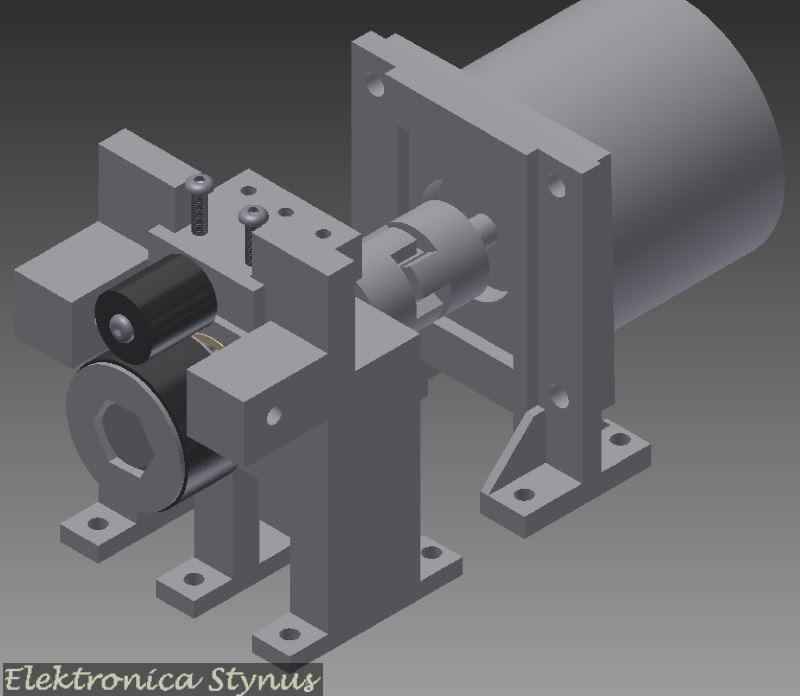 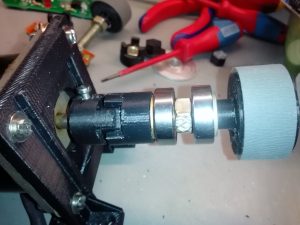 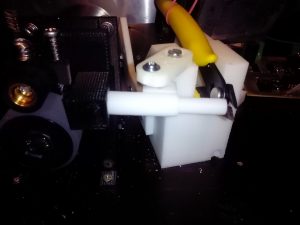 To cut the wire I used a cheap side cutter and a geared DC motor to operate it.

With the old version the wire spool was just laying on the floor. This made the wire twisted when it got to the rollers. I bought a big bearing at a radio flea market in Eksel, this bearing I used to make a spool holder. 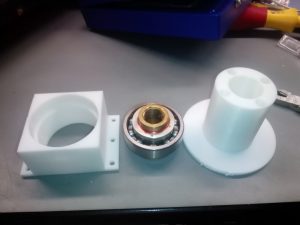 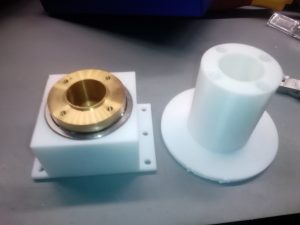 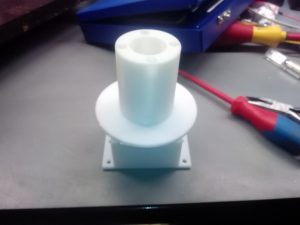 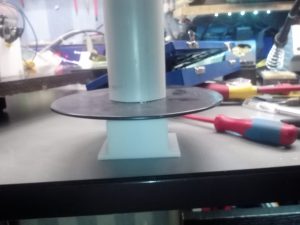 To driver everything I made a microcontroller board that contains a H bridge to drive DC motors, also it contains a stepstick stepper motor driver. For putting in the parameters I reused the front panel from my PC clock project since this was no longer in use. 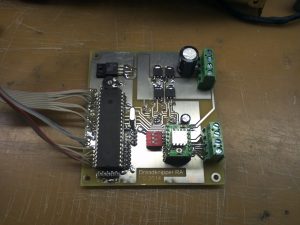 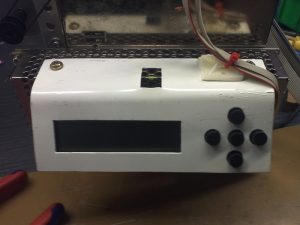 When I wrote the firmware it turned out that it was not very convenient to set the wire lengths etc with the 5 buttons. Therefore I replaced them with a keypad. 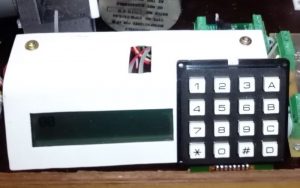 I also made an attempt to make a automatic spool winder, to putt the wire in a nice bundle again. However this did not work as expected, and after a few attempts I decided to cancel this part. 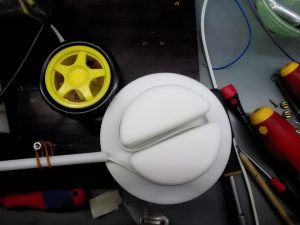 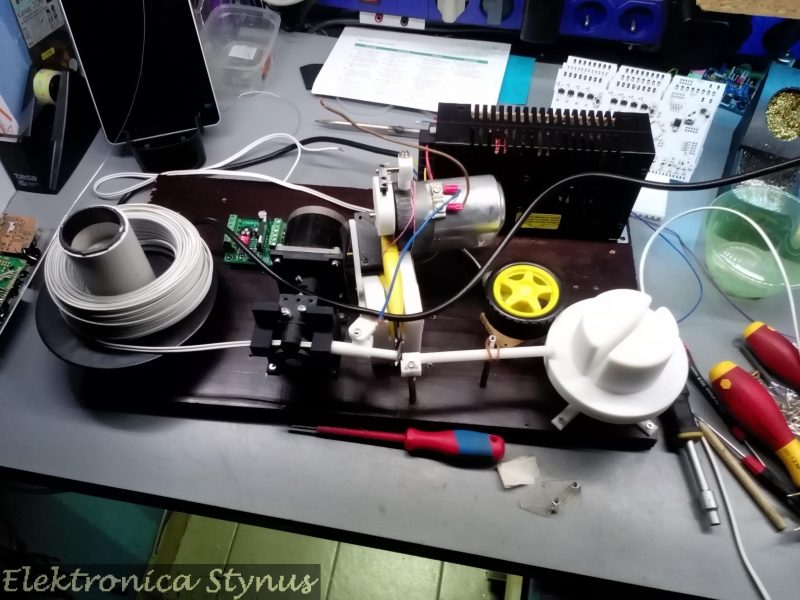 The final result can be seen here:

In the last couple of years this project has cut a few kilometres of wire for me.

The circuit diagram I can not share because of the undocumented changes. The code can be found here.